The Perils of Buying and Selling Art at the Fair: Legal Issues in Title

The possibility that an artwork has been stolen or that there are questions concerning the provenance of a work, affects every aspect of the art market. Collectors may remain at risk for claims asserted against their artworks decades after acquisition. Sellers may be caught in the middle of a dispute between an original owner (or heirs) and good faith purchaser.

As the art world has become increasingly global, disputes over ownership have grown more complex. Common law and civil law countries have different laws governing legal title and statutes of limitation or prescriptive periods. The outcome of a title dispute will depend on which country’s law applies—the country where a critical sale took place, the country of the residence of the current owner or that of the original owner or heirs.

This article explores these complex issues by first tracing the labyrinthine journey of a valuable painting by the Nicolas Tournier (1590–1639), The Carrying of the Cross (c. 1632), which was purchased by a Parisian dealer at Sotheby’s auction in Florence in 2009 and sold the following year to a London dealer at The European Fine Art Fair (TEFAF) in Maastricht. The work was shown again at TEFAF in 2011 and then at the Salon Paris-Tableau, where it was confiscated by the French government, claiming it as a work missing (possibly stolen) from a public collection for almost 200 years.

Under French law, works in public collections are inalienable and imprescriptible. This article examines hypothetical outcomes if the laws of the US, UK and Italy applied. Different jurisdiction, different law—different result.

While the Tournier case may very well be exceptional (after all, most works sold at TEFAF are not missing from museum collections for centuries), it underscores the vulnerability of the art market, even at a fair whose vetting procedure is widely considered the most stringent in the world. To minimise risk, buyers and sellers are well-advised to exercise thorough due diligence. How confident will buyers be in coming years? 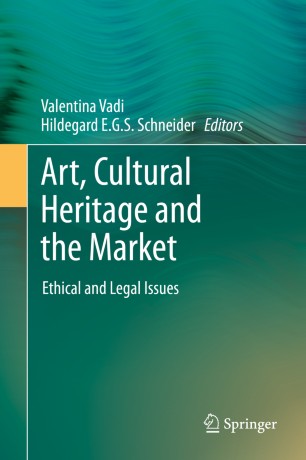 Provided by the
Sotheby's Institute of Art
New York Library